A Life Saving Discovery is Born

Five-year-old Teddy Ryder was among the first patients to receive the “pancreatic extract” co-discovered by Frederick Banting and Charles Best at the University of Toronto in the summer of 1921. He would go on to live 71 more years with diabetes, one of millions of lives saved and made better by insulin.

When news of insulin’s discovery broke in the spring of 1922, Teddy’s weight had dropped to just 26 pounds. He’d lost interest in playing and was unable to take more than a few steps on his own.

Writing to Frederick Banting, Teddy’s uncle—a doctor at New York’s Bellevue Hospital—stressed his nephew’s perilous condition: “It looks to me as though a very few months … will be all he can hold out … I need not tell you how earnestly I hope you will see your way clear to treat him.”

Banting did see his way to treating Teddy. Travelling to Toronto by train with his mother, the little boy received his first dose of insulin on July 10, 1922. By the fall Teddy was strong enough to return home to his family and a new life in New Jersey. “I wish you could come to see me,” the now robust six-year-old wrote to Banting the following year. “I am a fat boy now and I feel fine. I can climb a tree.”

I am a fat boy now and I feel fine. I can climb a tree.

Insulin Belongs
to the World

Banting recorded the idea for insulin in his notebook.

The idea for insulin came to Frederick Banting in the wee hours of the morning of October 31, 1920. Waking from a fitful sleep, Banting scribbled down a 25-word hypothesis that, within the span of a year, would lead to one of the most significant medical discoveries of the 20th century.

With no lab space or research experience, Banting approached U of T physiology professor J.J.R. Macleod—an international expert in diabetes—who agreed the idea was worth testing, on the condition that Banting agree to devote all of his energies to the project.

On May 17, 1921, Banting and physiology and biochemistry student Charles Best, who’d won a coin toss to become Banting’s assistant, began their experiments under Macleod’s direction at the University of Toronto.

The pair spent the spring and summer testing Banting’s theory and by August of 1921 their notebooks were recording promising results—after repeated failures and refinements their extract was, at last, bringing down blood sugar levels.

Progress continued into the winter of 1921, when biochemistry professor James B. Collip was brought on board to purify the pancreatic extract, thereby making it safe for human trials.

On January 23, 1922, Leonard Thompson, a 14-year-old Toronto boy who was drifting in and out of consciousness at Toronto General Hospital, became the first person to receive the purified extract of what would come to be called “insulin.”

A discovery was born. Diabetic clinics were established at the Christie Street Veterans Hospital, Toronto General Hospital and the Hospital for Sick Children. U of T’s Connaught Antitoxin Laboratories began ramping up insulin production and the University entered into an agreement with Eli Lilly & Co. to begin large-scale production—bringing insulin from bench to bedside with revolutionary results.

A Nobel Prize in Medicine Followed

In the century since the breakthrough that historic summer of 1921, insulin has saved and improved the lives of millions of people with diabetes—here in Canada and across the globe.

Igniting a Century of Discovery

Insulin focused the eyes of the world on Toronto and established the city as the vanguard of diabetes research and treatment.

On this illustrious foundation, U of T and its hospital and industry partners built a culture of discovery, innovation and collaboration that has transformed health care and continues to have a ripple effect worldwide.

Over the past century, Toronto scientists have made game-changing advancements in biomedical sciences, human health and health care.

The discovery of insulin spurs considerable growth in the Connaught Laboratories and public health education, leading to the creation of the School of Hygiene. The School is the third of its kind in North America after Johns Hopkins and Harvard.

A research team at Connaught, led by Charles Best, develops a method to purify heparin, which makes the drug safe for human use and opens the door to such operations as organ transplants and open-heart surgery.

John Ross’s studies of lead poisoning in children result in the prohibition of lead pigments in paints for children’s toys and furniture.

Leone Farrell develops what comes to be called the “Toronto Method,” later adapted to cultivate the poliovirus on a large scale for vaccine production, involving bottles that were gently rocked on a custom designed machine.

Considered the fathers of stem cell science, James Till and Ernest McCulloch discover the hemopoietic (blood forming) stem cell at Princess Margaret Hospital, which becomes the basis for regenerative medicine.

Vera Peters revolutionizes the way we approach cancer treatment by showing that treating early-stage breast cancer with lumpectomy and radiation is just as effective as radical mastectomy.

David Jenkins develops the Glycemic Index, revolutionizing how we eat.

Brenda Gallie leads the team that develops a new therapy for retinoblastoma, signalling the first major change in the management of the disease in 35 years.

Stephen Scherer’s contributions to the Human Genome Project lead to a better understanding of the genetic factors underlying autism and other diseases.

Geoffrey Hinton codevelops Deep Learning, a machine-learning paradigm that is changing how medicine is practiced.

Todd Mainprize performs the first surgery to non-invasively penetrate the blood-brain barrier and deliver chemotherapy to a brain-tumour patient.

Building on this century of success, the University of Toronto continues to lead revolutions in human health through an integrated approach to health research—from fundamental science through to the clinic and into the marketplace.

A collaborative culture brings together researchers across a range of domains, including regenerative and precision medicine, pharmacology and drug development, molecular medicine and the biology of disease, mind and brain health, metabolism and nutrition, and global health, public health and health systems —to name but a few of U of T’s strengths.

Here in Toronto, we have one of the world’s greatest concentrations of stem cell scientists, tissue engineers, transplant experts and brilliant researchers and clinicians in every discipline.

U of  T Continues to Lead Revolutions in Human Health 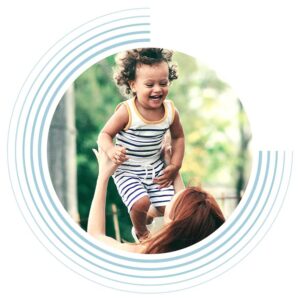 Today, our scientists are developing novel therapeutic strategies to diagnose, treat and potentially cure diabetes. We are probing the link between the gut microbiome and Type 1 diabetes and working to create a renewable pool of insulin-producing beta cells for transplant into patients. 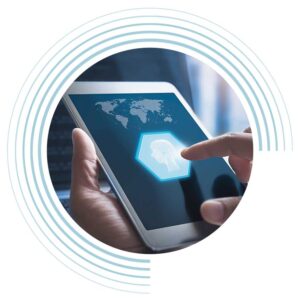 We are using Deep Learning, a game-changing artificial intelligence technique developed at U of T, to transform how doctors practice medicine and mapping a tumour’s DNA to determine the most effective therapy to treat a patient’s cancer.

Our researchers are using stem cells to cure blindness in mice, engineering tissue patches that can repair damaged hearts, and creating miniscule models of the nose, mouth, eyes and lungs to better understand why COVID-19 is so good at breaking through the body’s natural defenses. 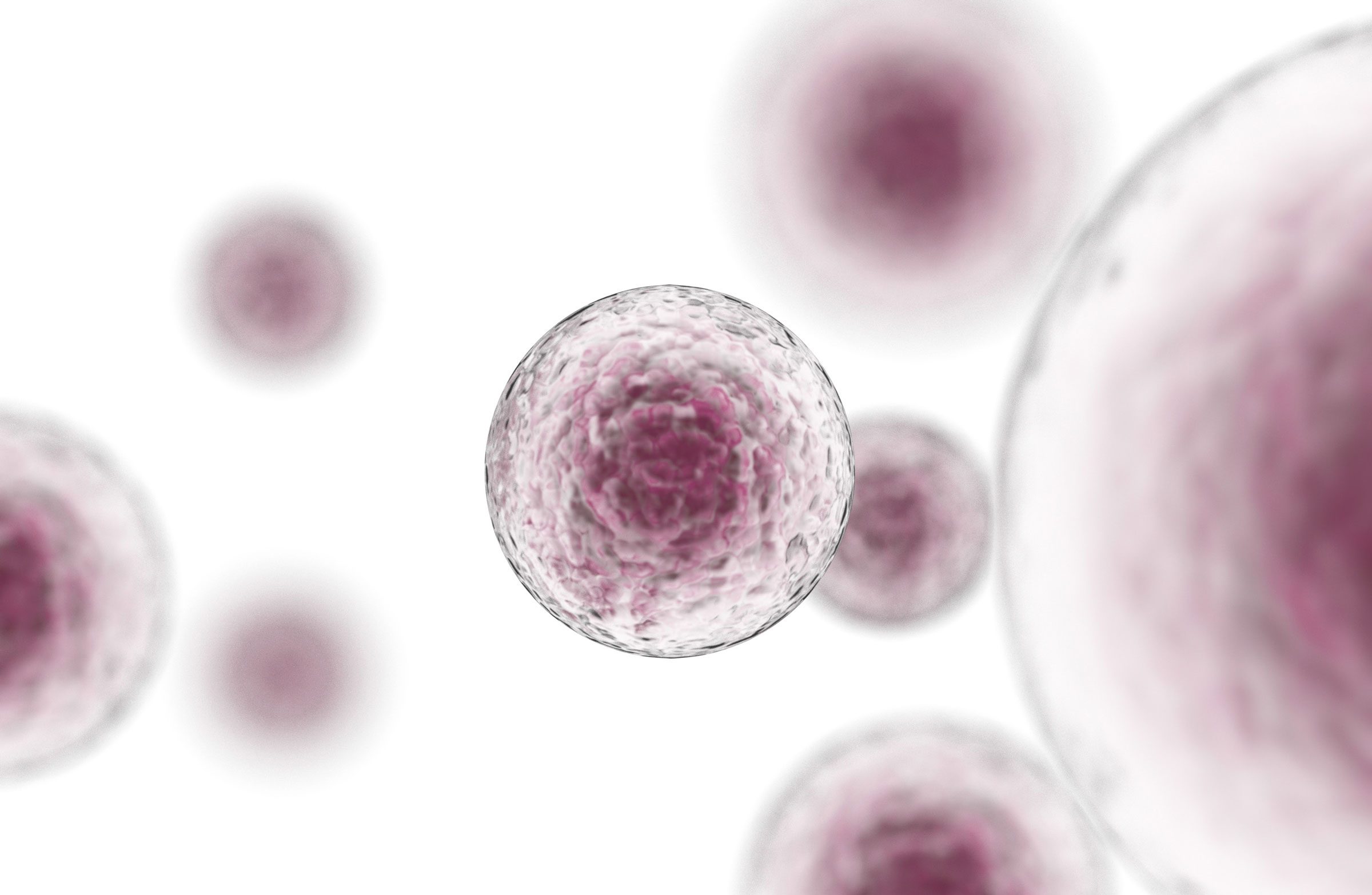 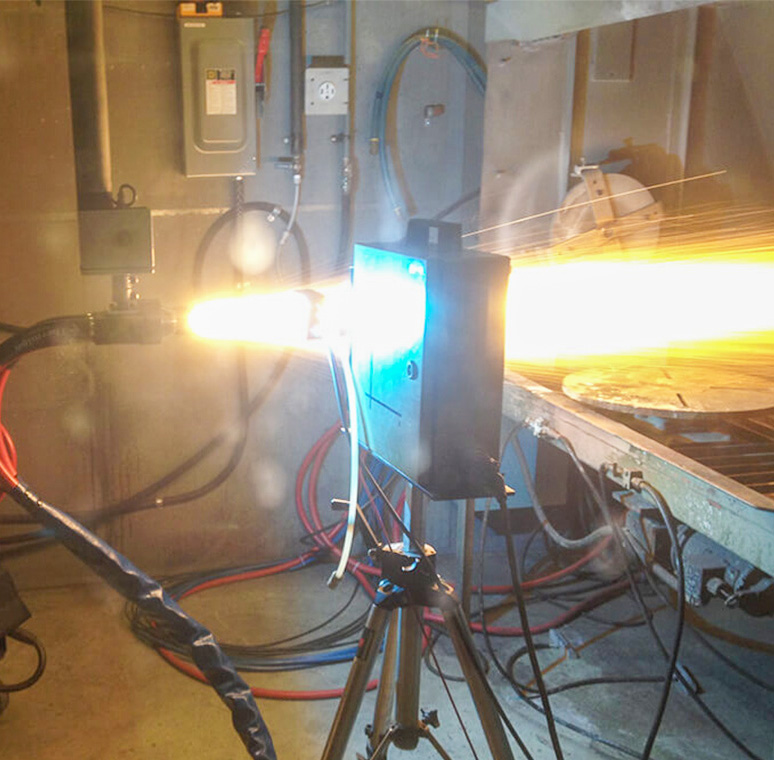 Copper-coated face masks could help slow transmission of COVID-19: U of T researchers. Read the Story 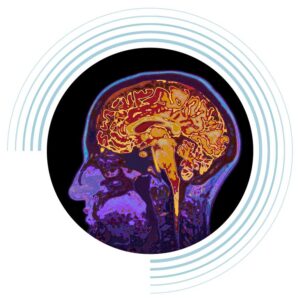 Our scientists are driving transformative research to better treat and ultimately prevent Alzheimer’s and Parkinson’s disease and pioneering innovative approaches to understanding the biological causes of depression. 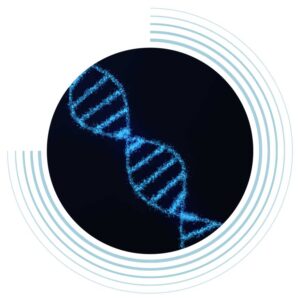 We are optimizing diets based on our personal genetic code and engineering dietary supplements to prevent vitamin deficiencies among pregnant women, nursing mothers and young children in developing countries.

We are conducting one of the largest public health studies in the world in an effort to reduce the number of child deaths in India and are using machine learning to suggest ways to reduce diabetes rates in Canada—and save millions in potential health-care costs. 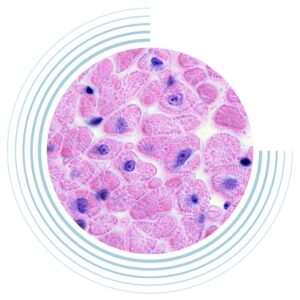 U of T scientists are discovering biomarkers that can detect disease before patients even feel sick and developing drugs and targeted treatments which offer hope to those with rare and devastating diseases. 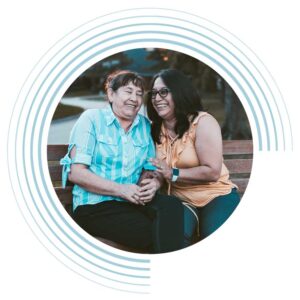 Our researchers are working to close the health gap that makes it harder for women to access health care, receive accurate diagnoses or benefit from research on their specific risk factors.

And the legacy of excellence and innovation established by Connaught Laboratories and The School of Hygiene lives on in the scores of U of T scientists, clinicians and global health experts who are leading Ontario and Canada’s response to the COVID-19 pandemic. 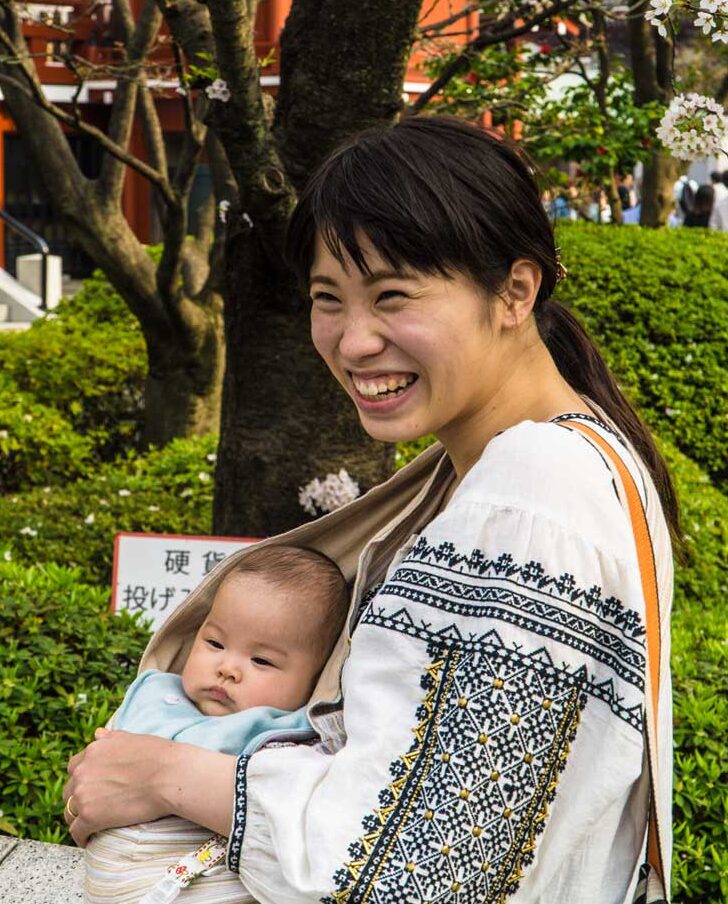 U of T’s Danielle Martin on the need to close ‘health gap’ for women. Read the Story 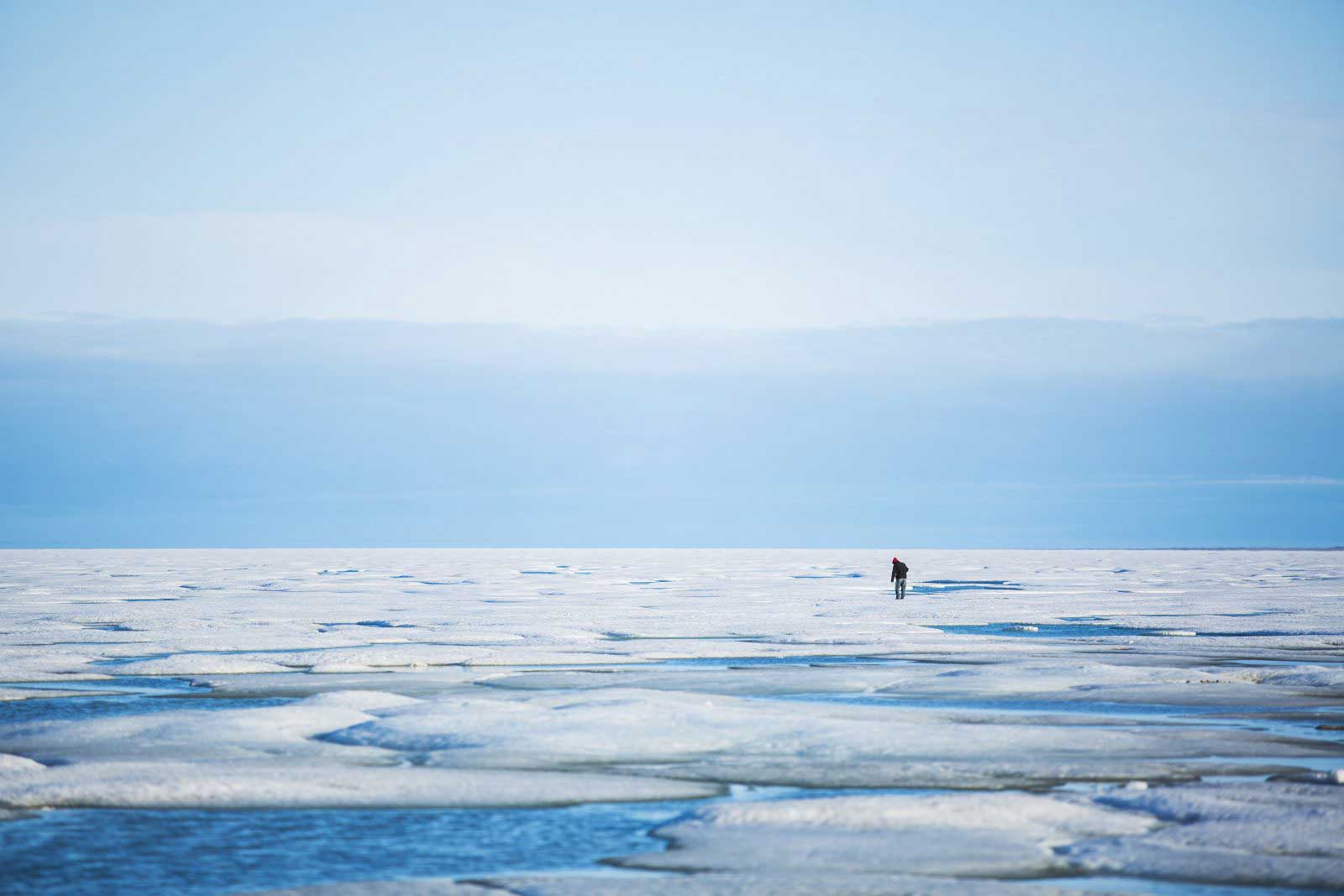 When cancer strikes, and you live in Nunavut. Read the Story 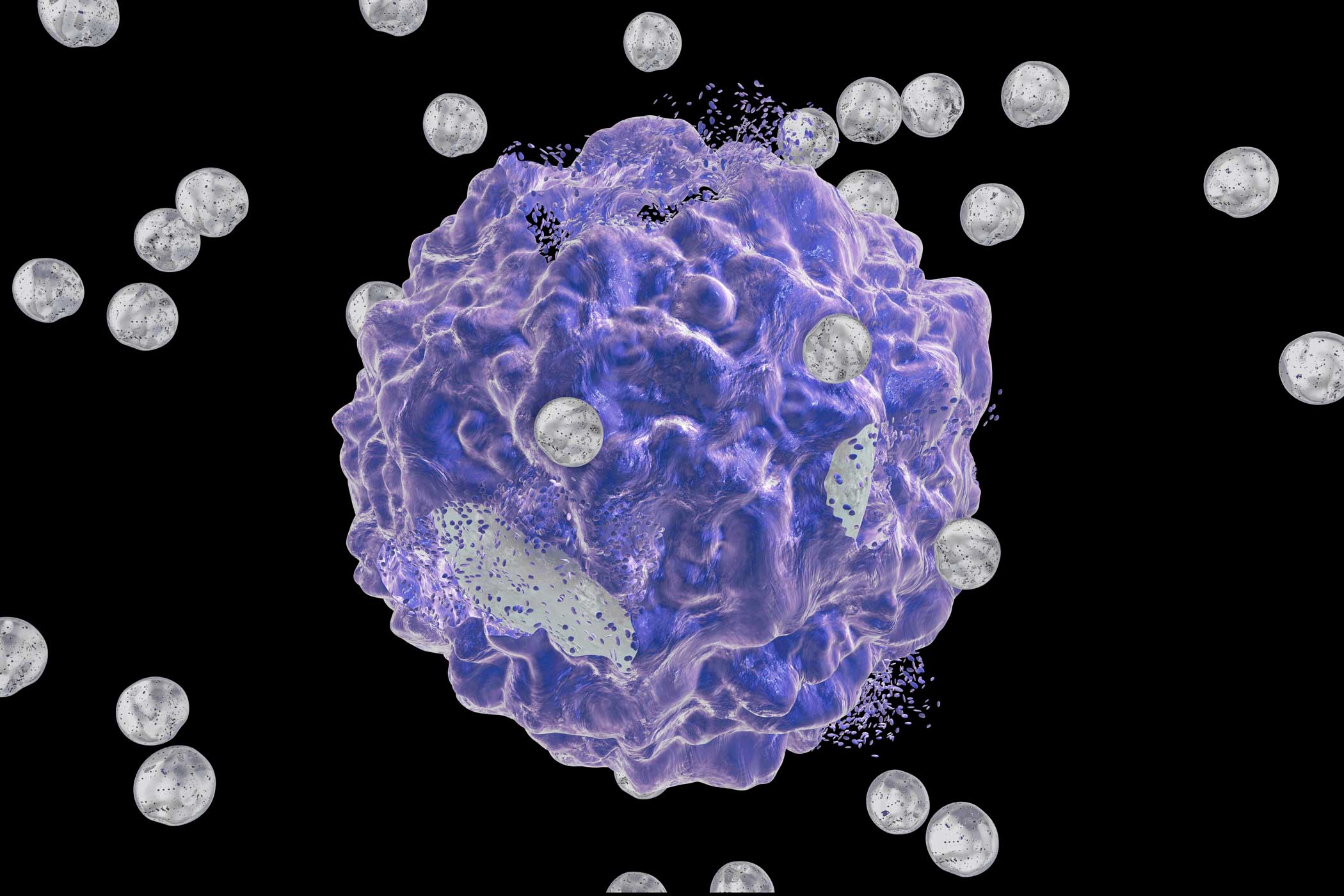 U of T researchers discover how to get more cancer-fighting nanoparticles to where they're needed. Read the Story

The revolutionary discovery of insulin in 1921 ignited a century of groundbreaking research and innovation at U of T that continues to advance human health and give people around the world a chance to live up to their full potential.

While a cure for diabetes is yet to come, the Nobel Prize-winning discovery of insulin continues to save the lives of millions of people worldwide and the University of Toronto continues to be a leader in research and treatment of the disease.

In the years and decades ahead, we will keep pushing the boundaries of what’s possible, advancing the culture of ingenuity and collaboration that started a century ago with Frederick Banting, Charles Best, J.J.R. Macleod and James B. Collip.

Where Will Health Innovation Take Us Next?

Read more about the cutting-edge work happening today at U of T.

Learn more about Insulin 100 by exploring the links below